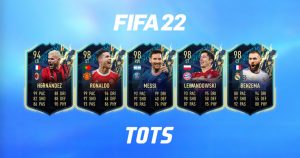 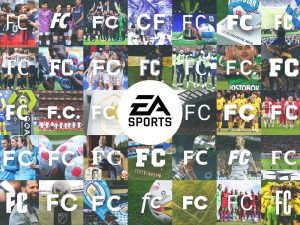 FIFA 23 will release this year, but it will be EA Sports FC after that.

EA has announced that the FIFA series will change its name after FIFA 23, ending a partnership that has been in place since 1993.

EA Sports announced the change in a blog post, stating that there will be more information coming about the first EA Sports FC in July 2023. “This new independent platform will bring fresh opportunity – to innovate, create and evolve,” reads a statement from EA Sports representative, Cam Weber.

Despite dropping the name license, EA Sports FC will keep FIFA’s league, club and player licenses, including 19,000+ players, 700+ teams, 100+ stadiums and 30 leagues. FIFA itself has not released a statement at time of writing.

EA Sports vice president David Jackson released an important statement regarding the change: “In terms of things that they’ll miss, players will notice only two things: The name and a World Cup piece of content every four years. Outside of that, very little will change about the things they know, and love about the current FIFA products.”

EA had previously said it was exploring the idea of renaming the series, and trademarked the EA Sports FC name, but this is the first time it’s been officially confirmed.

Previous reports suggested that FIFA wanted to charge EA $1 billion every four years to use the name. A name mired in controversy for many years, including major corruption scandals. The soccer season is ending soon, and EA Sports is trying to drum up some late interest in the title before moving on to FIFA 23. FIFA 22 is available for free to PlayStation Plus subscribers this month and EA Sports is putting a cherry on top with a Fifa 22 Ultimate Team pack giveaway.

The giveaway includes 11 players, all guaranteed to be 82 or above.

In addition to 11 permanent additions to your collection you’ll also receive an ICON Moments Loan Player Pick as part of the giveaway. Whether you’re an Ultimate Team vet or newcomer, you might as well grab the free pack while it’s available. 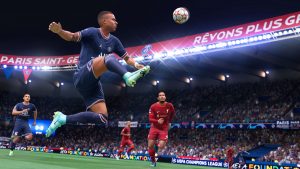 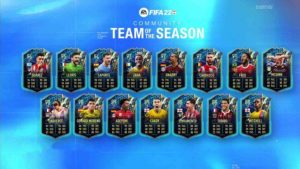 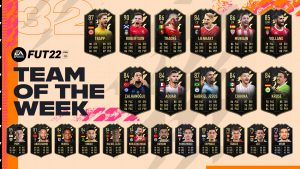