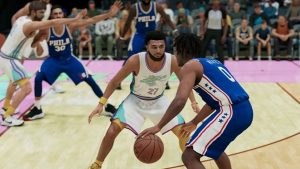 We covered the PS4 and Xbox One patch notes a few days ago, the next gen 1.12 patch notes have now been revealed during the latest Courtside Report.

Changes to gameplay, including animation transitions, were a focus for this update. We’ll also see changes to Play With Friends.

Here’s a breakdown of the patch updates from the update: