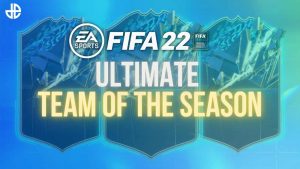 FIFA 22 Ultimate TOTS is the last leg for this year’s end-of-season promo, culminating with the best players across the event being put back into packs.

Here’s everything we know about what FIFA 22 has in store for the event, from the release date to the players we expect to feature.

What is FIFA 22 Ultimate TOTS?

Ultimate TOTS brings the best players from across the event back into packs for one final week, giving fans one last chance to pull some of FIFA 22’s best cards.

It will primarily be made up of players from the five major leagues; Premier League, Bundesliga, LaLiga, Ligue 1, and Serie A.

Fans can also expect a host of Flashback Squad Building Challenges and objectives to complete during the week, as well as regular lightning rounds in the FUT Store.

EA has confirmed that Ultimate TOTS will cap this year’s event, starting on Friday, June 10. The returning cards will replace the Serie A TOTS in packs at and remain there for the week.

On June 17, the Ultimate TOTS will leave packs and be replaced by whichever promo EA has lined up next, so your window is limited if you want to pull some of the game’s best cards.

Certain superstars are almost guaranteed to show up. With that in mind, here is our predicted 15-man squad: