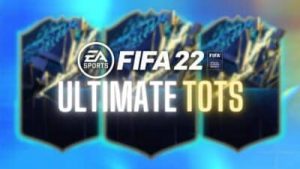 The FIFA 22 Ultimate TOTS team is set, capping off the FUT Team of the Season promo.

The FIFA 22 TOTS event has seen TOTS squads for 15 different leagues across the world being released into packs over the last few weeks. In recognition of their great seasons, players like Karim Benzema, Cristiano Ronaldo, Luka Modric and Vinicius Junior have all received boosted TOTS player cards in FUT 22.

The FIFA 22 Ultimate TOTS squad takes the highest-rated TOTS players from their respective leagues and includes them in one squad, with those players being put into packs one last time before the promotion ends.

The following players are featured on the squad.

Lionel Messi is not featured, marking the first time the megastar did not make the squad.