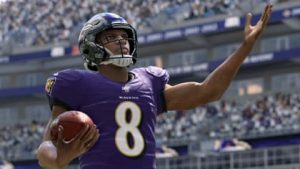 This year’s Franchise mode finally resolved one of the series long running issues.

Earlier this month EA released details on it’s extremely popular Franchise mode and it looks to be much improved thanks to smarter scouting logic, deeper draft classes, and several other key changes. The biggest change revolving around free agency bidding looks to completely change the Franchise mode landscape.

In previous years, because free agency is broken into several phases in Madden, the league advances as a collective from one phase to the next. This allows free agents to pick their new teams based on the contract offers that are most favorable. For any well ran league, this would occur at a scheduled time of day so that all players know what to expect. But having that information also presents a huge, previously unavoidable flaw for everyone involved: If you know when a bidding war is set to end, you can treat Madden like eBay and bid as the window closes.

If you played in a franchise league prior to Madden 23 you likely have been on both sides of the problem. There hasn’t been anyone from stopping anyone from just waiting until the final few seconds to jump ahead with a better deal.

To address this you would need to take the entire free agency process out of the game and into a silent auction.

Madden 23 FINALLY resolves this problem with one long-awaited adjustment. In Madden 23’s free agency period, you can’t see other players bids, nor where yours lands in comparison. As now those who really want a player will need to offer a contract without the intel of knowing exactly what other offers are on the table. This should help Madden players recognize the value of a dollar more than ever before.

Players will still be able to know if their offer is in the range of something appealing to the player. New player motivations will provide insight into what a free agent is looking for in a team–great QB, starting spot, or even an income tax-free state have been mentioned as some examples. All authentic to the sport and, more importantly, create a much better user experience.