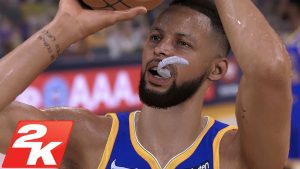 The latest Locker Code lets you pick a player from the Playoff Option Pack.

Yesterday a new NBA 2K22 MyTEAM Locker Code was released, luckily for you the code is still active.

Let’s get you up to speed on the latest code for a free Dark Matter, what it gives you access to, and the other ways to earn the cards.

The NBA Finals are always a good time to keep an eye out for Locker Codes. The code wasn’t displayed for very long, but we’ve got it.

Most times Locker Codes don’t offer much, but this one is a banger. Offering up a free Dark Matter card.

Enter the code: ‘FINALS-NBA2K-BOS-GSW’ for your chance to receive a Playoff Option Pack that includes the following players.

There is no set date as to when the code will expire, but it’s sure to expire soon. 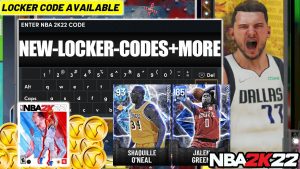 Following the release of Season 7: Return of Heroes, the new pack series is rolling out and includes new featured units of some of the biggest players in the league.

The recently released SWISH pack series is now available in the MyTeam store and includes six new units to obtain. Included are four Dark Matter players, one Galaxy Opal player, and one Pink Diamond player, sure to be some of the most sought-after units currently available in NBA 2K22.

The biggest prize will be one of the two Stephen Curry units, as both an Invincible card and Hero card are available and come in a 99-overall Dark Matter form. The Invincible releases have been hand selected by the developers and feature some of basketball’s biggest stars.

NBA 2K22 is also giving its player base a new locker code to obtain some free items as part of the promotion. With the code SWISH-DELL-OR-SETH-CURRY-DROP, players will be able to select one of the following: one SWISH Pack, 10 Tokens, one Diamond Shoe Pack, Galaxy Opal Dell Curry, or Galaxy Opal Seth Curry. This will be the first time this year players have the option to select a guaranteed Galaxy Opal unit. The newest NBA 2K22 locker code will be available until June 1. You can find all the locker codes here.