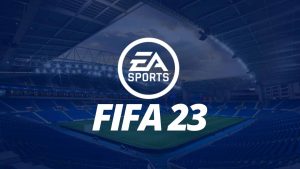 FIFA 23 crossplay allows players from different platforms to face off against each other for the first time in the series history.

You can now play Fifa with your friends, regardless of which console they own. Earlier this year, EA ran a FIFA 22 crossplay functionality test, giving those who owned one of the current generation of consoles a new experience.

With the exception of Pro Clubs and any of the co-op specific modes, every other online-enabled mode features cross-platform play in FIFA 23.

Yes, PC players can play against PlayStation 5, Xbox Sereis X/S, and Stadia players. The PC version of FIFA 23 now sports the next-generation engine, which is the same version as the Xbox Series X/S and PlayStation 5.

FIFA 23 is split up into two versions of the game, but the transfer markets mostly aren’t segmented. FIFA 23 on PC has its own transfer market, all other consoles share one.